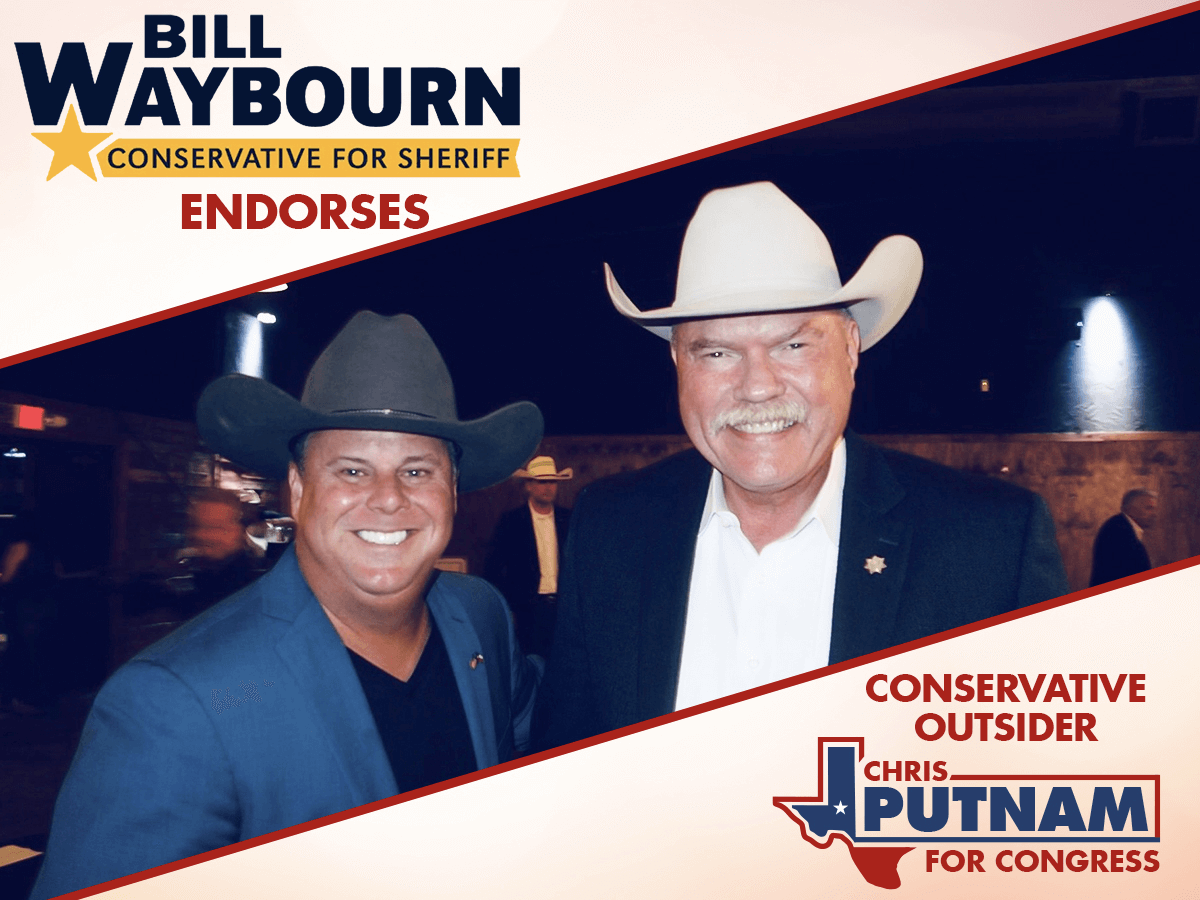 Sheriff Waybourn said, “I have known Chris for years now, and watched his work as a city councilman. He is a principled conservative and does what he says he is going to do. I know I can trust him to fight to secure our borders for our citizens. Chris will lead on this issue and not run from doing what’s hard and right. That is why I am proud to endorse him for Texas 12th Congressional District.”

“Republican voters have an opportunity to send Washington DC a message this election”, said Putnam. “As a senior member of the House, Ms. Granger had an opportunity to lead on border security and immigration reform and did nothing even when republicans controlled both Houses of Congress and the White House. When she did have an opportunity to lead during the government shutdown she got close to nothing in her negotiation with Nancy Pelosi leading the President to have to declare a national emergency and find funding for the Wall on his own. The career politicians like Ms. Granger have proven they lack the political courage to solve our border and immigration crisis. I will.”

Paid For By Putnam For Congress